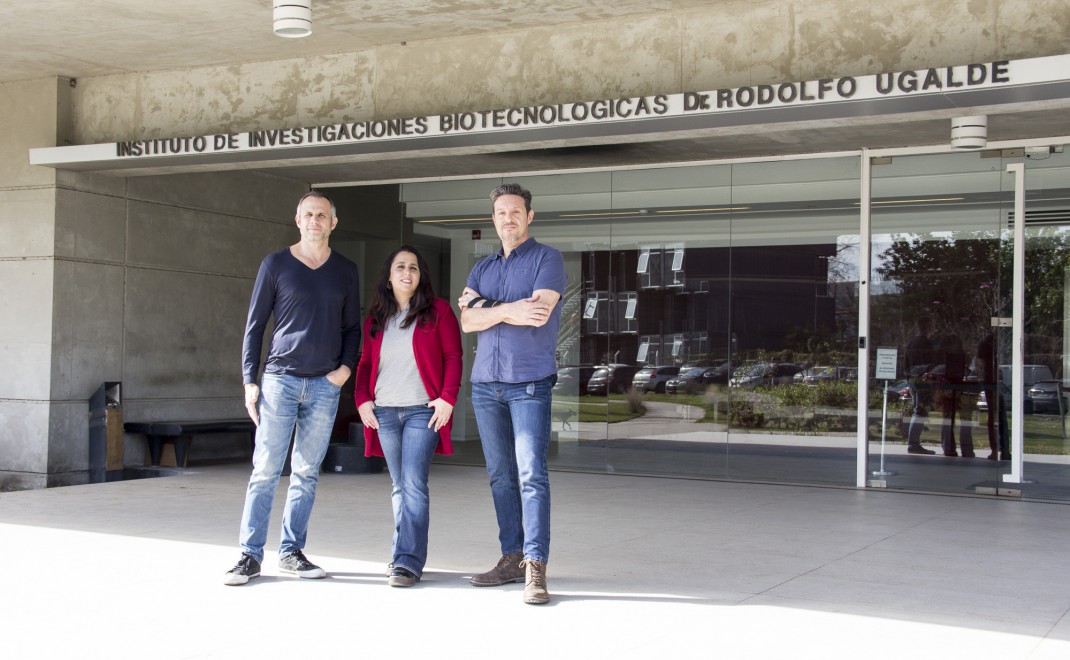 “This achievement is not possible just with knowledge and vocation: our team has an infrastructure behind that was built with plans and investment”, says UNSAM’s biotechnologist Diego Comerci about the decision of the international consortium AgResults, which will be implemented by GALVmed, to grant 100,000 dollars to his team, which is taking part of an international competition for the development of a vaccine against Brucella melitensis.

“This recognition is a new step forward down the path we have been following for more than twenty years,” adds Juan Ugalde. “We were introduced to brucellosis by my father—researcher and founder of IIB-INTECH, Rodolfo Ugalde, who became interested in the subject when he worked with Nobel laureate Luis Federico Leloir, who in his last years, was studying Rhizobium, non-pathogenic bacteria that is evolutionarily close to Brucella. “My father taught us that we had to do science with an impact on the society around us,” states Ugalde.

The competition has a maximum term of 10 years and 3 elimination stages. The first entity to be able to take their idea to a commercial scale, demonstrate its effectiveness, and obtain the rights for its production and commercialization in a developed country can obtain up to 26.1 million dollars.

“Improving something that is already good is not so easy, but I think we will be able to do it. Now that we have passed the first phase, we have chances we didn’t have before,” says Juliana Cassataro, who had already obtained a one-million-dollar grant from the Bill & Melinda Gates Foundation. Cassataro completes the leadership of the interdisciplinary team from IIB-INTECH in charge of the development.

“The jury looked for interesting ideas and teams with the ability to implement them. For the last stage, which is registration, the participation of a multinational laboratory is essential. The jury saw that UNSAM stood out in these three dimensions,” says Comerci. “What makes this initiative original is that it is a competition and not a subsidy. If we reach the goals, we get the prize. This will force us to seek funding and to focus in meeting the objectives, “said the specialist.