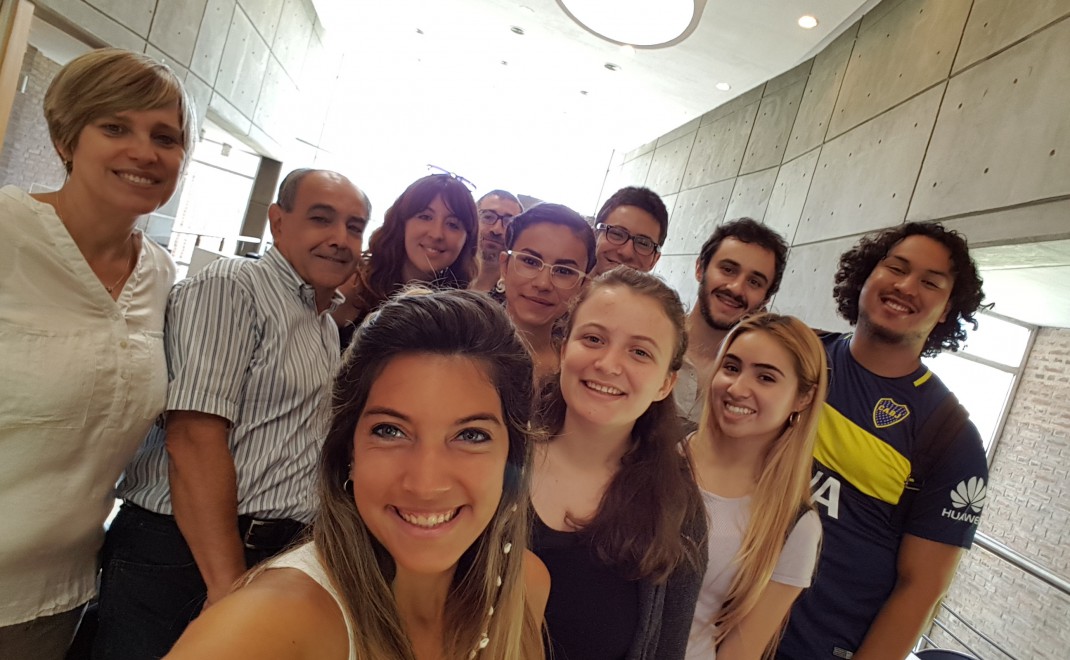 Ten students from University of Massachusetts-Amherst came to UNSAM to spend a semester in Argentina and study “in English” in the framework of the Study Abroad Program. Daniel Di Gregorio, Vice-President accompanied them during their first visit to the Miguelete Campus.

Most of the students come from Social Science field. They arrived January 16 and started classes in Volta Building. They had a two-week Cultural Immersion Spanish Course where they visited emblematic areas of Buenos Aires City such as La Boca, Palermo, Recoleta and Once neighborhoods.

Accompanied by Vice-President Daniel Di Gregorio and the Academic Director of the Study Abroad program, Monica Bologna, on Monday, February 6, the group toured the Campus Miguelete facilities. “This university is beautiful. I love the architecture and the different styles of the buildings. I am eager to meet Argentine students and learn about the study community” said Daria enthusiastically on her arrival to Argentina”.

On the other hand, Bologna emphasized “the group is very interested in the social and cultural aspects of our country and the region. She also shared that during their stay until May 15, they will take the following courses: International Trade in Latin America, Latin American Politics, Latin American History, Gender and Sexuality in Spaces for Social Change, and Spanish

Theron, Eric expressed his desire to work:”I am thrilled at the visit to CUSAM and Norte Factory where we are going to learn a lot from the people that works there. I am very interested to know how social and political organizations work in Argentina.”