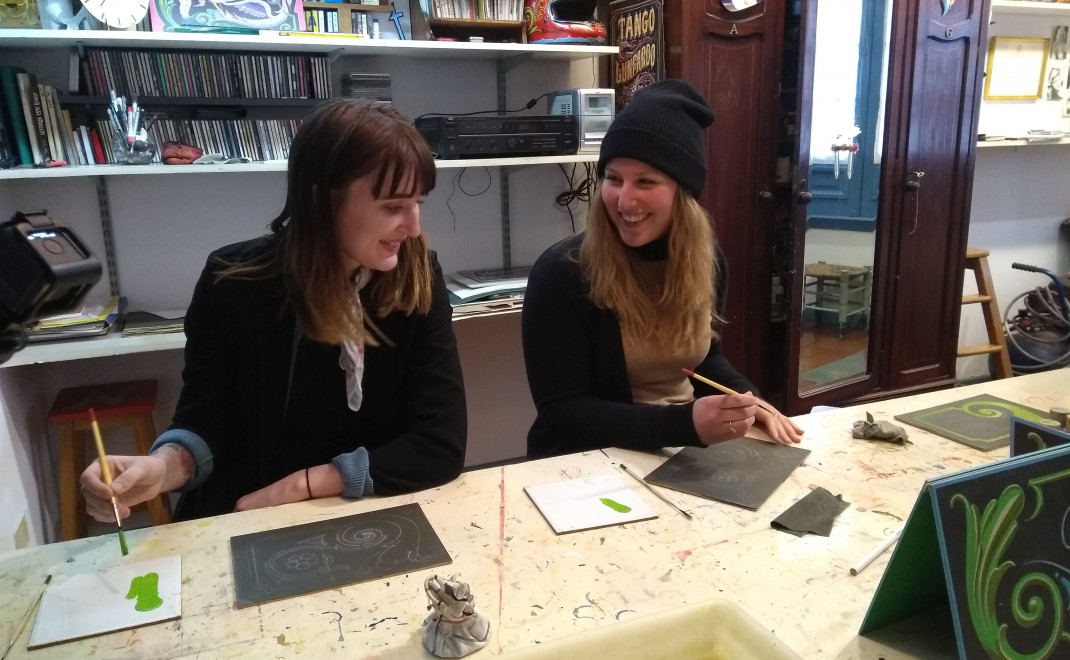 The UNSAM Study Abroad Program welcomed a group of students, professors and researchers from Saginaw Valley State University, Michigan (United States) and the University of Malmö (Sweden). They participated in intensive programs on Early Childhood Education, Art and Literature. The three seminars were held simultaneously at the Miguelete Campus and the Volta Building.

The course on Early Childhood Education was introduced with a lecture on the Educational System in Argentina by the professor Stella Maris Más Rocha. The courses were complemented with visits to different educational institutions where the students had the opportunity to exchange views and experiences with local students, teachers and principals. The schools they visited were: La Colmenita (in José León Suárez), Olivos del Sol School (in Olivos), San Luis Gonzaga School, El Gato Garabato (the kindergarten of the Chamber of Deputies), La Escuela del Sol, La escuelita and the German school Colegio Pestalozzi (in Ciudad de Buenos Aires).

“Visiting a variety of schools allowed our students to learn about different approaches to teaching bilingual education, classroom management strategies and curricular structures”, said Debora Lively, an Early Childhood Education teacher at Saginaw Valley State University. One of her students, Madison Savard, agreed with her: “Although we only spent a few hours in each school, we had many opportunities to connect with the students and see how the teachers worked.” She added that “it was very positive to observe the role that cultural norms play in the daily life of the classroom, for example, I was struck by how attentive and affectionate the teachers were with the children”. In turn, her partner, Emma Kirsch, explained: “The teacher-student interactions reflected an unimaginable level of affection in the schools of the United States. It was admirable to see in the first person that the children were very dear and I think that’s what the teaching is about: ensuring that children feel loved and valued is one of the teacher’s job.

According to the Art Program Seminar, “Argentine Art of the Twentieth Century. Panorama through some essential artists “, dictated by the professor Delfina Moroni, the students had the chance to visit the National Museum of Fine Arts, the MALBA, the Xul Solar Museum and the Benito Quinquela Martín Museum.”We also participated in a very special Alfredo Genovese fileteado workshop and in a graffiti tour in the La Boca neighborhood, two of the best moments of the trip,” said American professor Shaun Bangert. On the same experience, the student Hallie Wright: “During the course we learned much more than just about Art; also about history in general, current affairs and studies of women “.

The course of Literature, also in charge of Moroni, included classes on the Literature of the 19th century and the first half of the 20th century, with readings by authors such as Esteban Echeverría, Roberto Arlt and Jorge L. Borges. The participants also had the opportunity to approach contemporary female writers, through texts by Selva Almada and Claudia Piñeyro, among others. “We had very enriching conversations about literature, mainly because through the teacher I knew contextual factors – historical and cultural – that deepened my understanding of literature,” said Lotta Bergman, a Swedish researcher who repeated her experience at UNSAM, after having attended a seminar within the framework of the J.M. Coetzee Professorship in 2015.

There were nine students of Art and Early Childhood Education of the Saginaw Valley State University, who together with their two professors decided to stay in Buenos Aires. On the other hand, the University of Malmö sent five professors and researchers from the Department of Culture, Languages and Media.

The students stayed in local host families located in different neighborhoods of the City of Buenos Aires which helped them to get closer to the Argentine culture, customs and to experience in first person the way of the “porteños´ life”. “During my two weeks in Argentina, I not only learned about Art, but I also had a first-hand experience of the culture, food and generosity of Argentines,” said Karlie MacKay. Buenos Aires, she admitted, has earned a special place in her heart and, like several of her colleagues, she hopes to return soon. 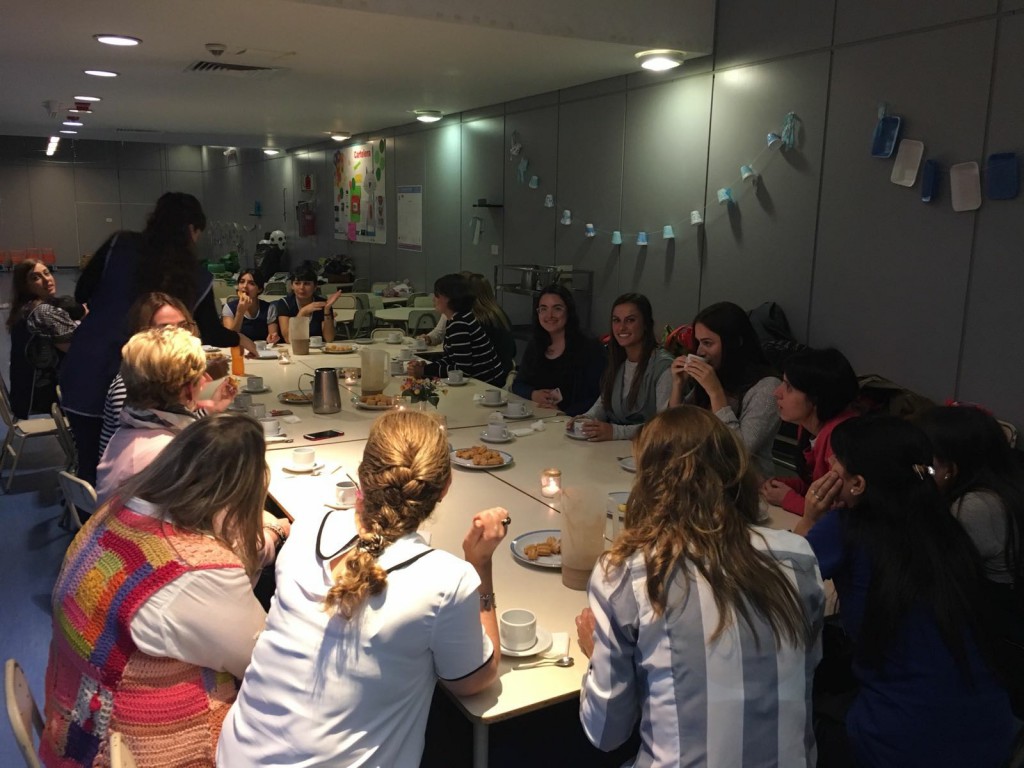 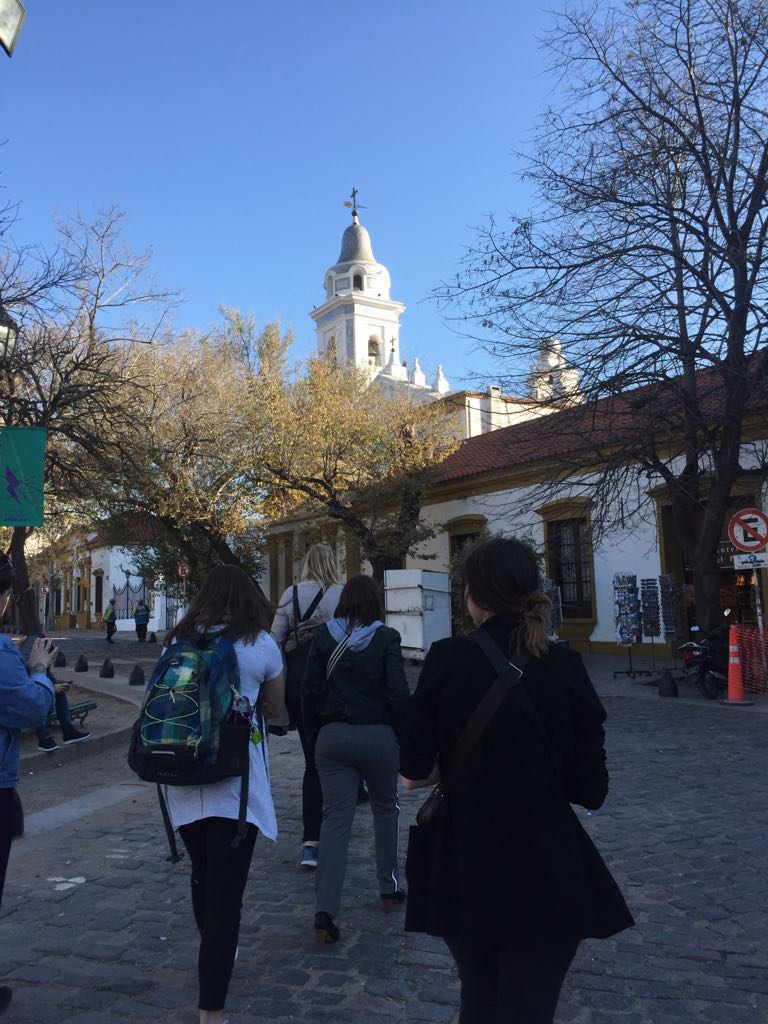 Field-trip in the area of  Recoleta 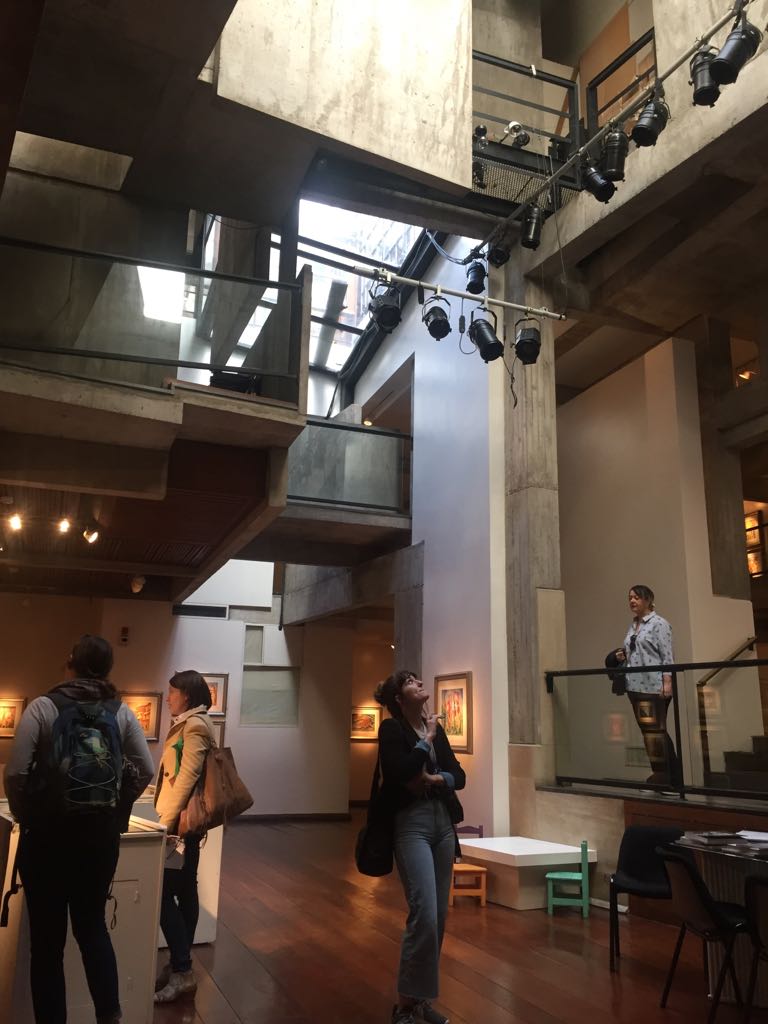