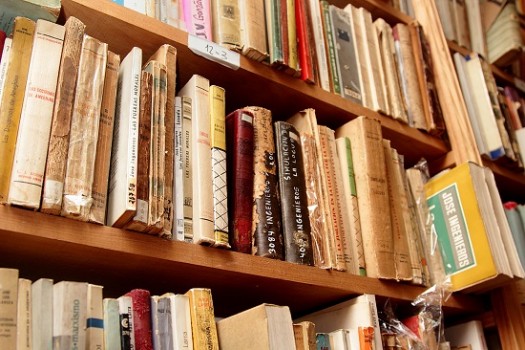 The list of the courses offered during August-November 2015 is now available. Check it out!

During August-November 2015 we will be offering the following courses:

It is a basic language class designed for students who enter with some or no previous knowledge of Spanish. Emphasis on basic grammar structures (present, progressive present and past tenses, verbs ser, estar, tener, haber, gustar, commands, nominal agreement, direct and indirect pronouns, comparatives, por-para and introduction to subjunctive) and core vocabulary.  There will be activities of conversation on familiar topics, as well as reading and writing activities.

It is an intensive language class designed for students with good basic knowledge of Spanish. This is a fast paced course. Emphasis on basic-to-intermediate grammar structures (uses of simple and progressive present and past tenses, verbs ser, estar, tener, haber, gustar, adjectives and nouns agreement, commands, direct and indirect pronouns usage, comparatives, por-para, future tense, present subjunctive) and core vocabulary. There will be activities of conversation on familiar topics, as well as reading and writing activities.

It is designed for students who enter with good intermediate knowledge of Spanish. Emphasis on intermediate grammar structures (future and conditional tenses, present and past subjunctive, relative and other pronouns, impersonal se). Expansion of core vocabulary. There will be activities of conversation and debates on general topics, as well as reading and writing activities.

This course will deal with Argentine politics from the generation of the 37 up to these days.

This course will analyze the following topics: Politics and economics under the conservative order, the rise of mass politics – its various forms, industrialization by import substitution and state intervention in the economy, modernization, authoritarianism and democracy, revolution, guerrillas and the left, debt crisis and adjustment policies, emergency and functioning of new democracies.

A comprehensive course examining major political/geographical/social/economic features of Latin American past and present. Key issues which may divide or unite the distinctive Latin American countries will be highlighted.

This course will discuss these main topics: Romanticism, the birth of the novel, Fielding, Richardson, Sterne, Charlotte and Emily Brönte, Jane Austen, The English Realism.

This course will analyze the following topics: Literature of the XX and XXI centuries: Samuel Becket, postmodern literature and postcolonial literature.

This course will deal with the following topics: US Renaissance, Naturalism and Realism, the perspective of journalism at the beginning of the century, US Poetry between 1900-1930, The Lost Generation.

A comprehensive course examining theory, analyses and history of the audio-visual texts, controversy between industrial and art film, discussion about Language, Classic and Contemporary films.